Diagoras of Rhodes was an ancient Greek boxer from the 5th century BC, who was celebrated for his own victories, as well as the victories of his sons and grandsons. He was a member of the Eratidea family at Lalysus in Rhodes. He descended from Damagetus, king of Ialysus, and, on the mother’s side, from the Messenian hero, Aristomenes. Diagoras was victor in boxing twice in the Olympic games, four times in the Isthmian, twice in the Nemean, and once at least in the Pythian Games. The fame of Diagoras and his descendants was celebrated by Pindar (Olympian Odes VII). A local soccer club, Diagoras F.C., and the Rhodes International Airport, “Diagoras” are named after him. 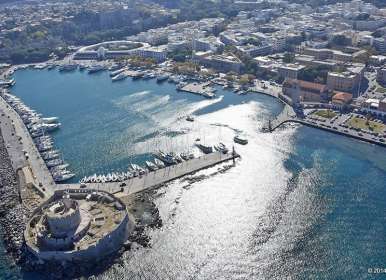 Tourist Harbor The walls of the city were a work in progress for the 200 years the Knights ruled the island. Severely damaged in the…

END_OF_DOCUMENT_TOKEN_TO_BE_REPLACED 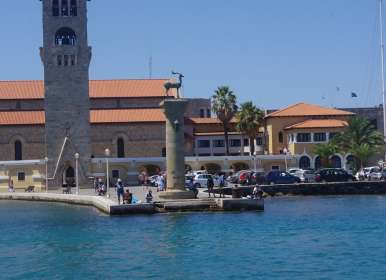 Rhodes City Center In the new town of Rhodes, its capital, you will find the commercial centre, hotels, cafés, restaurants and clubs. The settlement started developing after the island was…