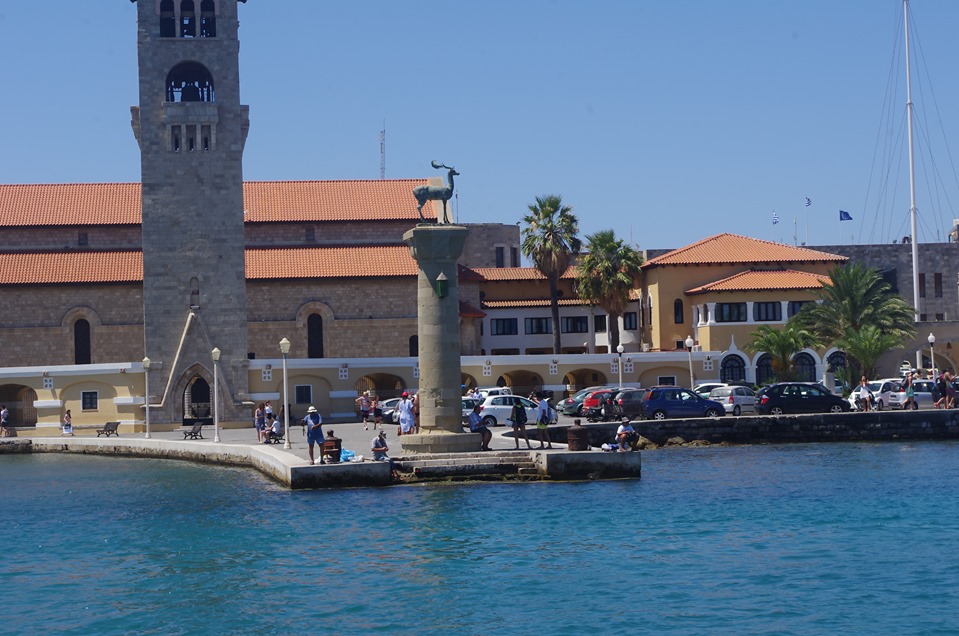 In the new town of Rhodes, its capital, you will find the commercial centre, hotels, cafés, restaurants and clubs.

THE FORTRESS OF ST. NICOLAS. It stands at the pier’s end in the port of Mandraki. It was built by the duke Philip of Burgundy in 1464-67. Previously, there was only a small chapel dedicated to Saint Nicolas at the same place, which was turned into a fort by the Egyptians when they invaded and was used to bomb the town. The walls around the fort of Saint Nicolas were built by Grand Master Pierre d’ Aubusson, who also restored the damage suffered by the fort during the Turkish besiege in 1480. The fort was transformed into a lighthouse by the Turks and survives to present day.

The port of Mandraki is shallow, appropriate only for cutters and small boats touring the beaches of Rhodes and neighbouring islands. At its entrance, over two high limestone pillars, stand the symbols of the island: a copper deer and a copper doe. The Italians had replaced the doe with a she-wolf (the she-wolf that suckled Remus and Romulus, symbol of Rome). According to tradition, which is probably unsubstantiated, Colossus was once standing at the same place. Ships would cross the sea under its feet and the passage would close at nights with the use of a chain. Nevertheless, archaeologists believe that Colossus used to stand at the place of the Grand Master Palace. The Big Port is located next to the port of Mandraki. Ferries anchor there. The tower of Naillac used to stand on its eastern pier, but it was destroyed by the earthquake of 1863. It was 37-metres high, but only its foundation survives today. In the port of Akandia the new marina of Rhodes is situated.

Tourist Harbor The walls of the city were a work in progress for the 200 years the Knights ruled the island. Severely damaged in the…

END_OF_DOCUMENT_TOKEN_TO_BE_REPLACED 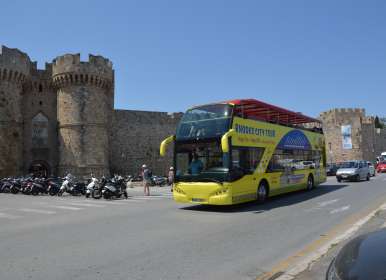 The Old Town Of Rhodes